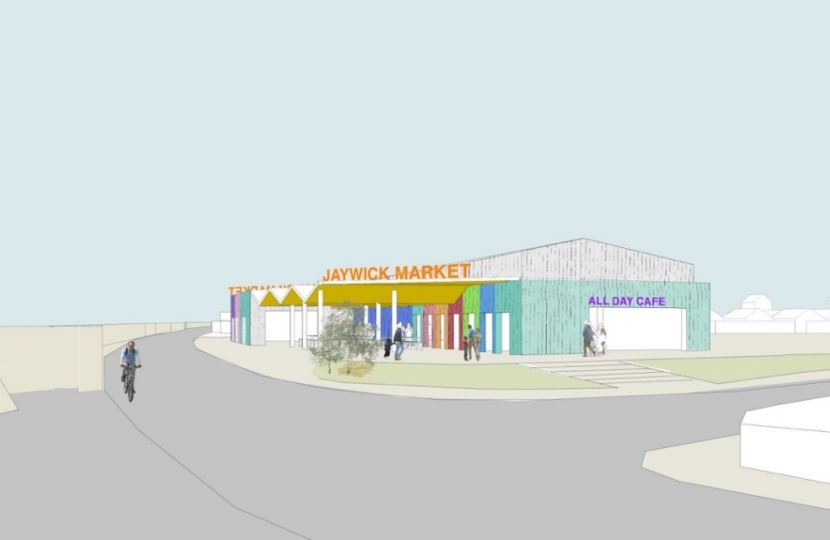 A locally based design team has been appointed to oversee a £2 million project to create covered market, commercial space and public realm improvements in Jaywick Sands.

Plans for the market, 13 affordable business units, community garden and hard landscaping on the seafront at Jaywick Sands received £1.972m from the South East Local Enterprise Partnership (SELEP) from the Getting Building Fund (GBF) in November.

The initiative, led by Tendring District Council (TDC), will be topped up by £105k from the authority and £50k from Essex County Council (ECC).

Now Colchester-based HAT Projects has been appointed to oversee the scheme, which will also improve road safety through new pavements and lighting.

The award-winning architecture and built environment practice has a wealth of experience with such schemes – and has previously worked with TDC on other initiatives.

Soon, survey work will begin on the site – which includes the former Sunspot arcade – designated for the market project, including trial excavations and utilities scans,ahead of a planning application being made.

“The site is such a key location to the Brooklands and Grasslands area of Jaywick Sands, acting as a gateway to those communities, so it is important that the project is a real landmark,” Cllr Honeywood said.

“This scheme will see units built which will support small businesses and start-ups in the area, and bring jobs and employment to the community. Facing the fantastic sandy beach, we think there is a great potential to encourage more visitor trade through new businesses and the market.