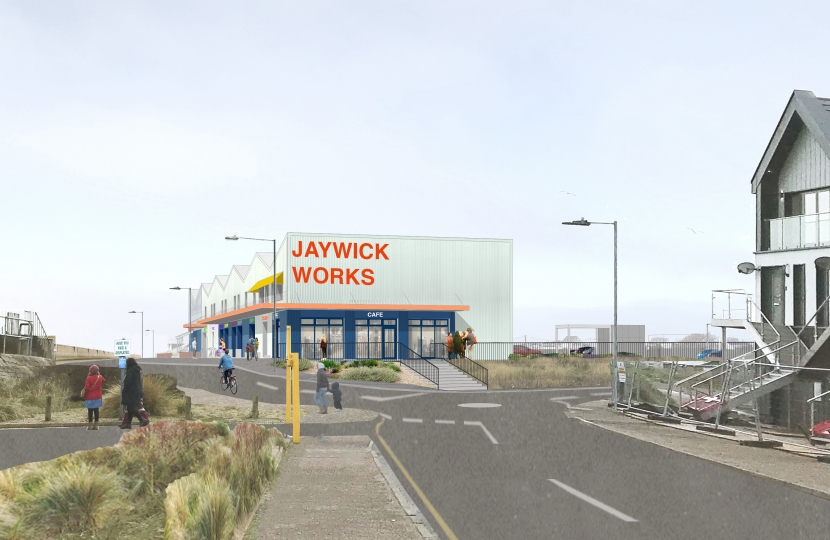 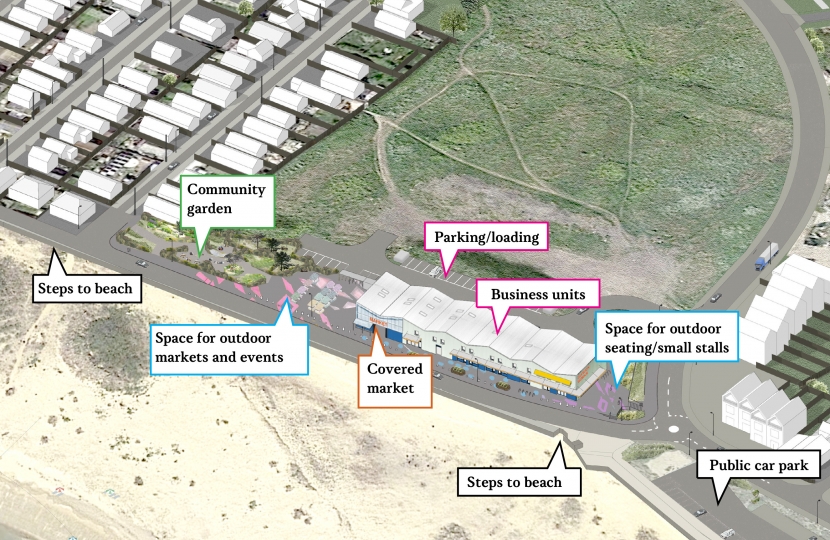 A project to build a workspace facility, covered market and community garden in Jaywick Sands has taken a step forward after being granted planning permission.

Funding from the scheme is coming from the South East Local Enterprise Partnership (SELEP) from the Getting Building Fund (GBF) – £1.972m – along with £105k from Tendring District Council (TDC) and £350k from Essex County Council (ECC).

Last night (Tuesday, 6 July) TDC’s Planning Committee approved the planning application for the scheme, subject to the signing of legal agreements, paving the way for work to begin on site.

Councillors heard that the project was deemed sustainable development and would directly support around 40 full-time equivalent jobs, a further 16 indirectly, and positively impact the local economy by £1.7million annually.

Construction is due to start later this year ready for completion in 2022, while fencing has already gone up around the site to allow initial ecological work and other surveys to take place.

Mary Newton, TDC Cabinet Member for Business and Economic Growth, said this was a positive step for the project.

“As well as being a greatly beneficial project in its own right, this scheme will also complement other projects in the area such as the new housing and act as a catalyst both for Jaywick Sands and our wider Tendring4Growth objectives,” Cllr Newton said.

“By encouraging entrepreneurship and business start-ups, it will also support more skills and higher earnings for residents and reduce deprivation caused by low income.”

Cllr Paul Honeywood, TDC Cabinet Member with special responsibility for Jaywick Sands, added: “This new facility will be of great benefit to Jaywick Sands, both for employment and for the wider community, and I look forward to it progressing now the planning application has been approved.”

Architects HAT Projects are leading on the design of the scheme.