BID MADE FOR £20M TO IMPROVE CLACTON TOWN CENTRE 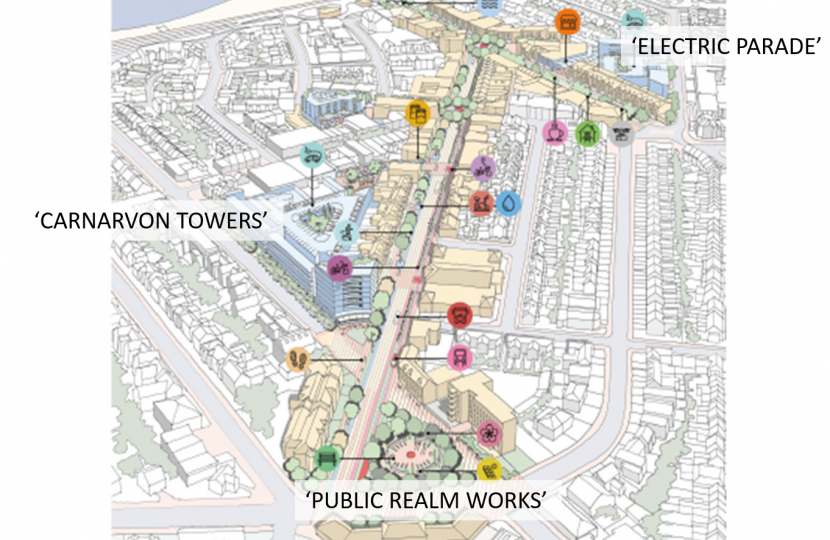 A bid has been put into government for £20million to fund improvements to Clacton town centre.

Tendring District Council (TDC), working with Essex County Council (ECC), has submitted the bid to the Levelling Up Fund.

If successful, the bid proposes three key areas of activity:

Mary Newton, TDC Cabinet Member for Business and Economic Growth, said this was a really exciting prospect for the town.

“Even before Covid town centres have been changing as we adapt to new ways of shopping, socialising and working – and I emphasis changing, not declining,” Cllr Newton said.

“This bid represents the first phase of the Love Clacton Vision, developed through engagement with town centre businesses and other stakeholders, and offers a real opportunity to re-shape and revitalise the area and support our green objectives.

“We believe this is a really strong bid and are hopeful of a positive decision from government to help us get Back to Business.”

The Levelling Up Fund aims to regenerate town centres through new commercial and cultural areas, and improvements to sustainable transport and public spaces, with a decision due on the bid in the Autumn.

TDC and ECC have pledged around £18m in match-funding to the project, in support of the bid.

Clacton’s bid was based around a previous application made to the Future High Streets Fund. Though this bid was unsuccessful, Tendring has been designated a priority area for the Levelling Up Fund.

As before, the proposal is for short, medium and long-term improvements, with the aim that the project begins this financial year and is completed over the next three to four years.